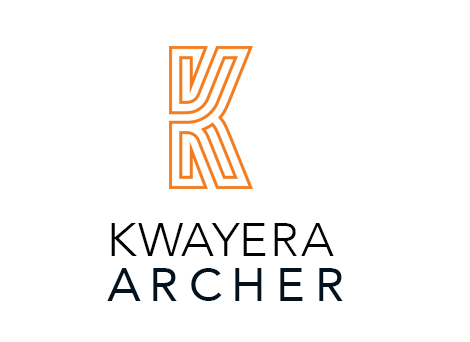 Leadership is a gift to be handled with care, as if a fine piece of porcelain. I have received many awards, acknowledgments, and praise for my leadership, but even more notable than the accolades was the permission of those who allowed me to lead and represent them. Understanding that leadership is an opportunity and not a right was one of the most profound lessons I learned during my formative professional years.  If it were not for that lesson, I might not have created pathways for others to share their thoughts and ideas while I was their leader or intentionally prepare the leaders coming up after me.  And lastly, I may not have passed the torch by moving aside to create room for new leaders.

As far back as I can recall I have always believed that leadership is something to be handled with great care, a perspective most likely imparted to me from leaders who inspired me early in life.   A good leader is one who understands the more power you have, the more aware and responsive you must be to those you have the privilege of leading, or serving, as I like to say.  Creating caring organizations and communities is the result of thoughtful and connected leadership. When I say connected, it means that the leader is in touch and yes, even accessible.  It’s not hard to see why compassionate leaders often seem to instinctively nurture future caring leaders.

I remember being on a panel and one of the guests stated that being a leader was a horrible responsibility and he wouldn’t wish it on anyone. He concluded by stating that it was a flat out burden.  Well, you can imagine my response I was flabbergasted.  What even stressed the point more was the fact that he wasn’t considering getting out of the field.  He was frustrated and thought it was a burden however he was marketing himself as a successful coach for leaders.

Leadership, a burden?  After speaking with a few people, I understood what was at play with this leader. His orientation was drastically different than mine.  As a man of privilege and access in America, his experience culturally, socially and professionally was one of having an undying form of expectation and license that influenced his perspective.

After actually wrapping my head around such a comment and pulling my thoughts together, I began to formulate my response.  I addressed the fact that leadership positions have historically been racially biased and void of cultural diversity.  Leadership roles have traditionally been delivered to white men in America without question or challenge, therefore, creating a sort of right and expectation for them to be in such positions. I went back in my head, journeying through my professional experiences, and landed on a concept that I felt was genuine. My cultural norms coupled with my experience as a woman in leadership reinforced my perspective of leading people as an extraordinary opportunity to be managed with care. Fortunately, I was exposed to female and male leaders in my life modeling excellent qualities of thoughtful and accountable leadership. Consequently, I expected this as a baseline in all my interactions, whether leading or being inspired by a leader.  The more leaders create compassionate environments, the more we will come to expect them being thoughtful and accountable to those they are charged with serving.

I see leadership as two-fold, a precious gift and an important responsibility.  As a gift, people who allow you to lead, represent and inspire them could be explained no other way than an enormous opportunity to be handled carefully.   I typically call it being of service.  The more power you have, the more lightly you walk.  In my career, I have been persistent about working in partnership with my team and community to ensure they strengthen their skill set to contribute and identify their purpose, beyond my tenure. People want to follow individuals who are inspirational, who display a high degree of integrity and seek out their perspective.  The impact of good leadership should last long after the leader has gone.

Leadership is a topic that many people have been contributing to, and that’s because there’s the aspect of leadership that’s often hard to define; it’s the part that makes someone want to be out in front to be accountable, withstanding the brunt of what’s to come-positive or negative.  And the balancing act comes in when we realize that has to be the same person that inspires and creates consensus from within the group they are gifted with leading.  The person out in front bearing the brunt must be resilient, but at the same time, compassionate and a fearless follower of the people they are expected to lead.